Promotional pitch for a film about the adventures of a puffin 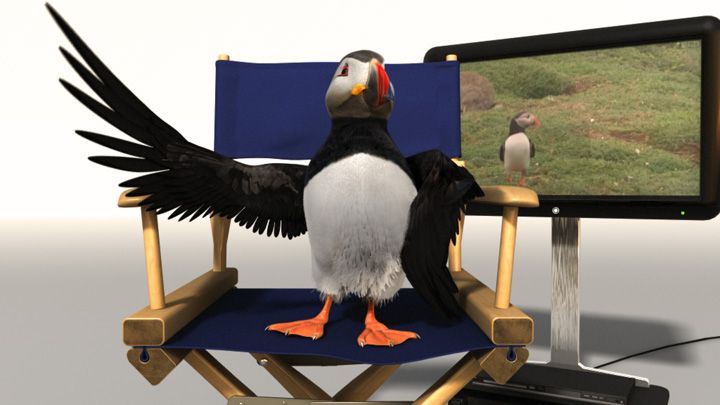 For our first foray into the photo-real world we studied hours of live-action puffin footage, before creating our 3d puffin character from scratch. Footage was rotoscoped for the motion, and the exact skeletal structure of a puffin was copied in order to get the wings to move and fold away realistically. To add finer details to the character we used photo reference in Z brush, which in turn allowed us to extract high resolution textures for normal mapping, displacement mapping and colour mapping. These were then applied in Lightwave where the character was animated and rendered. The final movie was then composited in After Effects using ILM’s Open EXR file format. This afforded greater artistic control over the final image.